In this guest post by Jon Sojkowski, he chronicles common misperceptions of African vernacular architecture and how it is being abandoned for the status that comes with living in conventional Western style buildings. He asks whether these modern materials are truly better than the vernacular options.

African vernacular architecture is a subject that has had very little attention. The lack of documentation and available data on the internet has led to a severe misunderstanding of a type of architecture that a large percentage of the population in Africa living in on a daily basis. The lack of data has led to negative perceptions regarding African vernacular architecture, mainly that it is temporary, primitive or for the poor. Most people, when they think of a mud hut, get an image of a dilapidated mud structure which is quite small and has a thatch roof. Sadly, this perception exists both inside and outside the African continent, but it is simply not the truth. 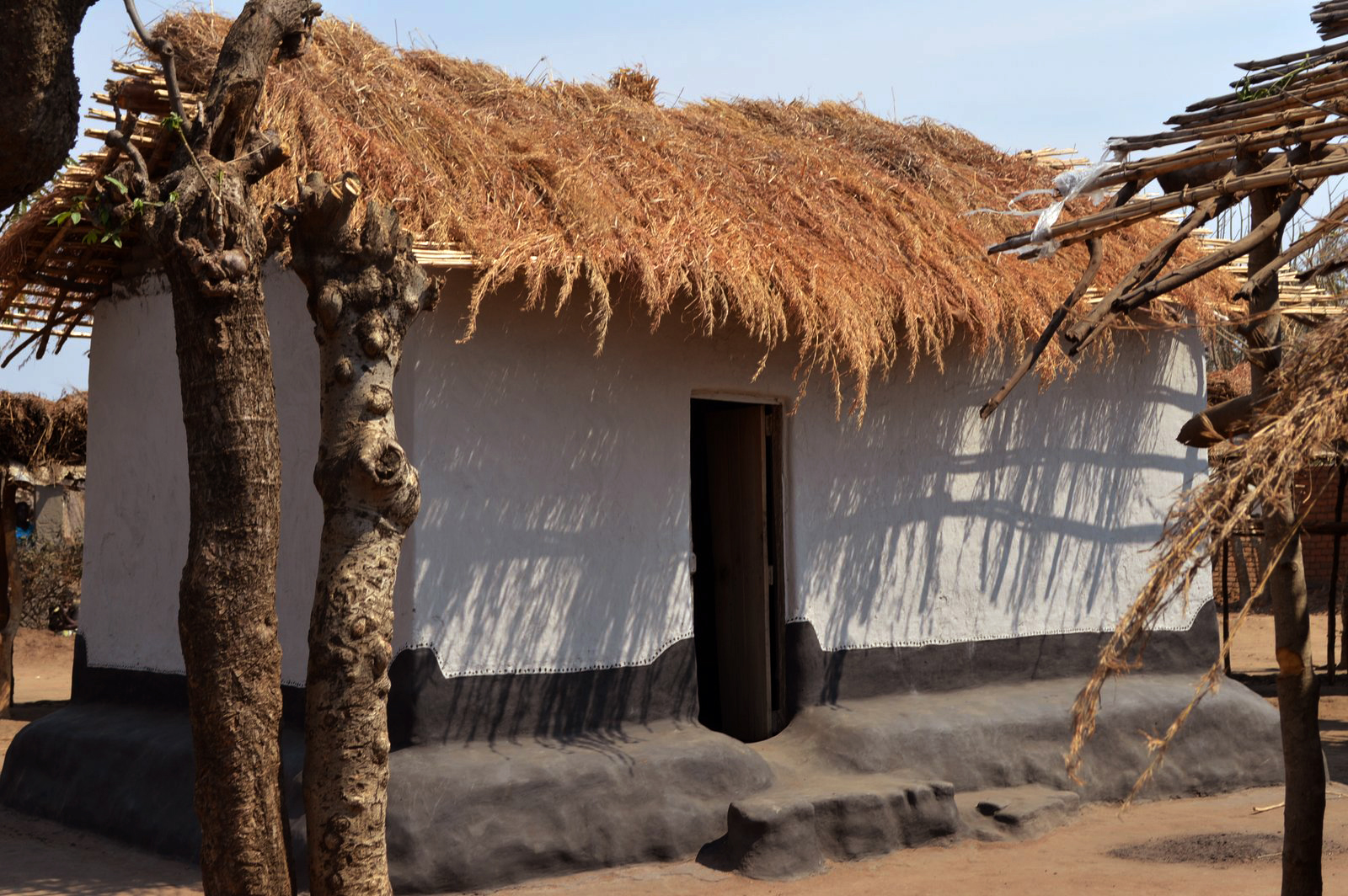 The first thing that must be understood about African vernacular architecture is the great diversity that exists with both materials and techniques. People build according to climate but more importantly, with what materials are available locally. The beehive huts of the Swazi and Zulu, the cliff dwellings of the Dogon in Mali, and the Mosgum conical home in Cameroon are all completely different.

Another perception that is misleading is the size of the mud hut. In sub Saharan Africa, families live in compounds, which is a collection of structures. Due to the warm climate, a majority of daily life occurs outside. Homes are the main structure in a homestead, which is mainly used for sleeping. It is not uncommon to have more than one hut for this purpose. Kitchens are a separate structure with varying degrees of closure. Some kitchens are fully enclosed, others have half walls and some just have poles supporting a simple roof. Latrines are located on the edge of the compound. Other structures may include granaries, goat pens and chicken and pigeon coops. In Zambia there is a structure called an insaka, which is similar to a gazebo and there is both a social and cooking insaka. The social insaka is used mainly by men to gather and talk. The cooking insaka, used solely by women, is the outdoor kitchen and a place for them to socialize. If all these structures were combined, it would be close in size to a small apartment. 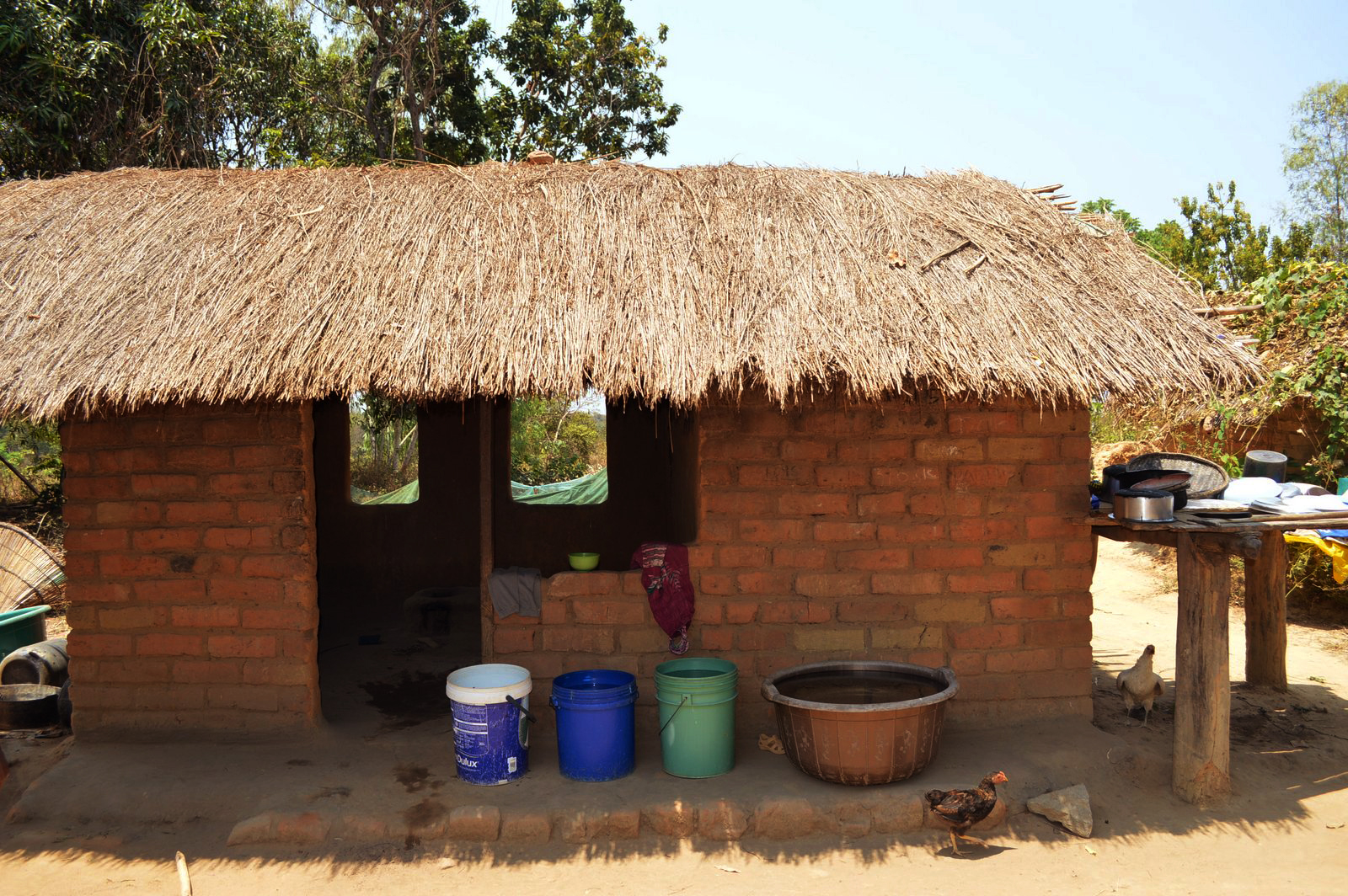 The most common material for the construction of vernacular structures is mud used in numerous ways. Though mud is the most common, structures are also built using what materials are available. This includes construction using stone, wood, reeds, bamboo, thatch and banana leaves for roofing. In Malawi, mud is used in many ways to construct walls. The most basic technique is the clumping of mud, layer by layer until the desired height is met. Another technique is constructing a frame of wood, reeds or bamboo and then filling in the gaps with mud and a layer of mud plastered on to finish off the wall. Rammed earth construction uses a three sided wood frame in which mud is compressed into the form and then the form is removed. The walls are built at three foot intervals, left to dry and then the next layer is built. The most common technique is the use of bricks with mud first being compressed in a form. The bricks are then dried, which is accomplished in one of two ways, either by drying in the sun or burnt in a kiln. 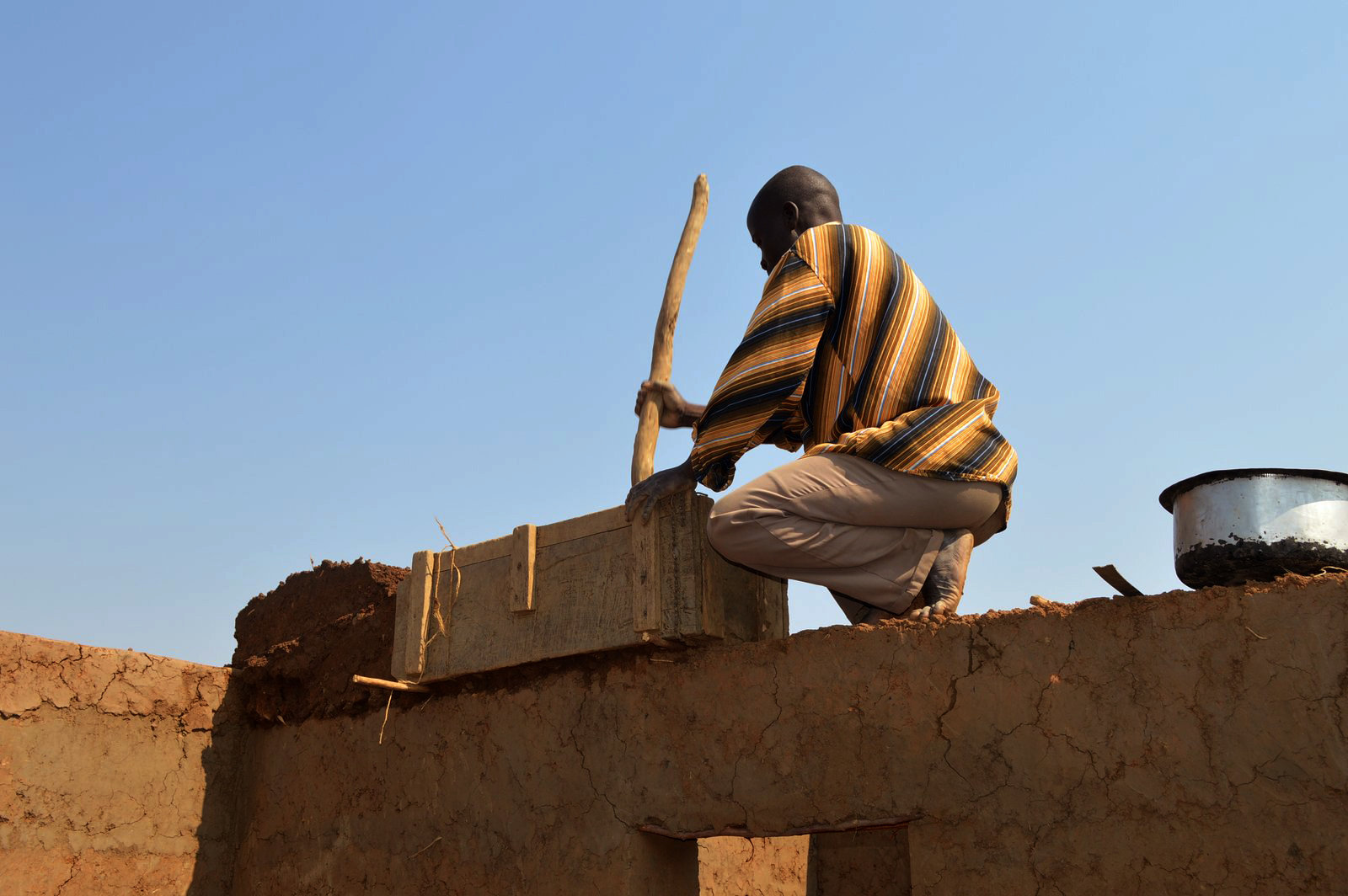 People build what they believe in, and for some time now this belief has shifted from vernacular materials and techniques to western ones. Why has this happened? One hypothesis goes back to colonial times, where foreign entities had the power and the wealth. The structures were constructed with burnt bricks and metal roofs, which became synonymous with wealth and power, and people wanted it. Since independence, this desire has just grown with metal roofs being built in even the most remote villages. In current times, professionals in Africa, including architects and government officials want to be on par with western societies and vernacular structures are just not part of that thinking. In 2011, the Rwanda government banned thatched roofs in the entire country and the ban still exists excluding special structures such as game lodges.

“The big question is whether these modern materials, namely burnt bricks and metal roofs are truly better than the vernacular options.”

Burnt bricks are bricks that are formed in a mold, taken out and stacked together in a pattern which is called a kiln. Openings on the bottom are filled with wood, set on fire and sealed with more bricks. When the fire dies the bricks are considered burned and ready for construction. The resulting brick is more durable than the sun dried one, but this durability is less of a necessity and more of an over-kill. The bricks need to support the weight of the roof structure and since the weight of the roof is not that great, sun dried bricks are perfectly adequate to provide this support. With regards to longevity, most mud structures are plastered to provide protection from the elements. In my research in Malawi, I interviewed over 300 homeowners about their homes and the construction thereof. Structures built with rammed earth and sun dried bricks were noted as having stood for 20+ years, which is comparable to structures built with burnt bricks. However, the amount of wood needed to burn the bricks is substantial and Malawi has a serious deforestation problem. Rammed earth and sun dried brick construction uses no wood. 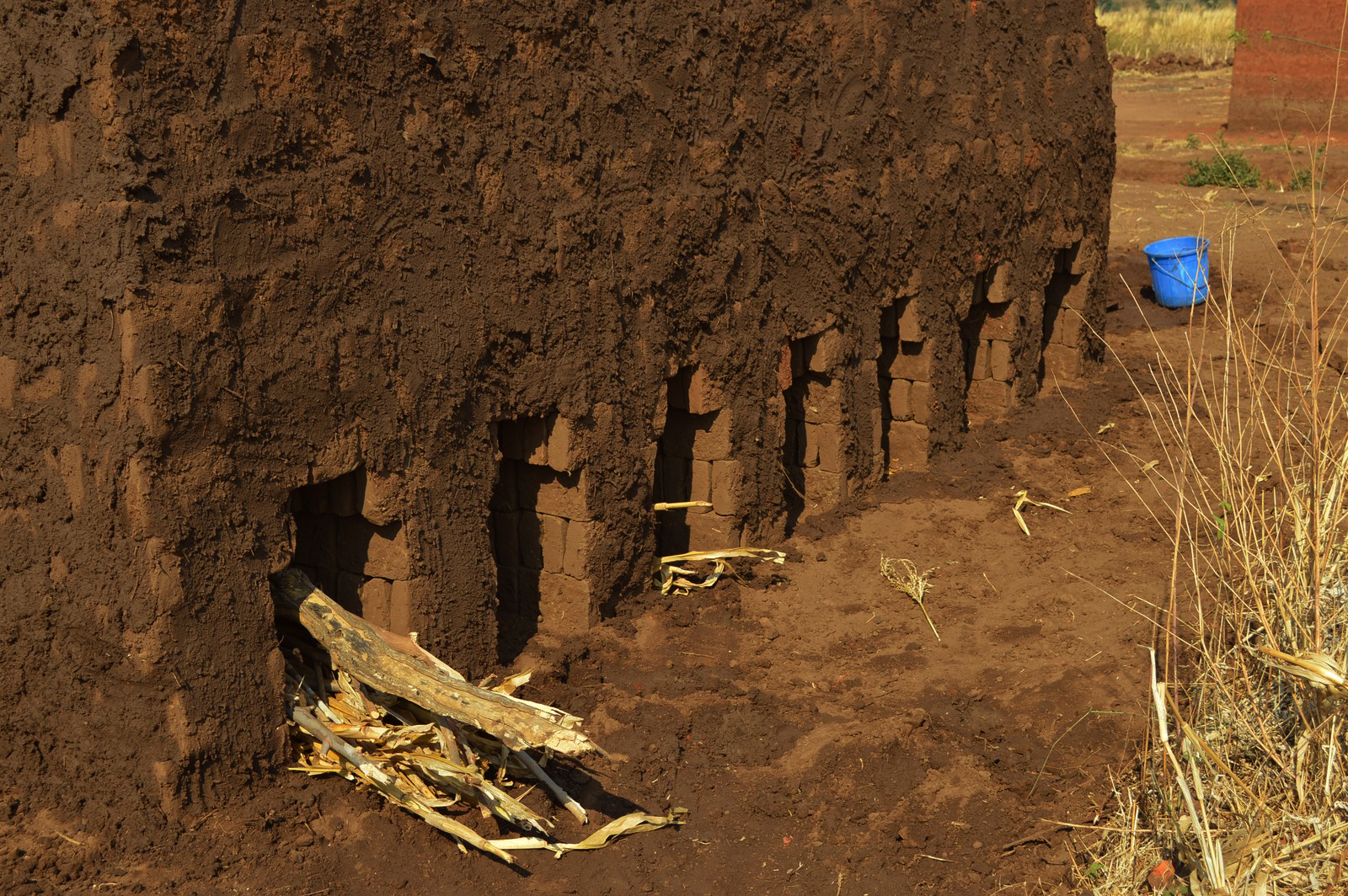 Wood being placed inside a kiln in Chisutu village, Malawi

There are also trade-offs concerning metal roofs. Metal roofs do not catch fire as a thatch roof does, there is no denying that. Another argument is that metal roofs keep out the rain and do not have to be repaired every year, but that is not a truthful view. The reason why thatch roofs leak and need to be repaired on an annual basis is that the roofs are not built properly in the first place. Thatch roofs used in European countries also need to be able to support snow load. A proper thickness is 12 inches and lasts up to 50 years. But the biggest consideration for thatch is thermal comfort, the roof breathes, allowing warm air to escape. Metal panels do not. In fact the metal panels, in attempt to be affordable to the masses, are produced very thinly. The panels are so flimsy that they can be rolled up like a blanket and transported. The sun’s heat is not reflected but instead transmitted into the interior of the home creating sauna like conditions. Even with this knowledge most people desire a metal roof as metal roofs are a status symbol. 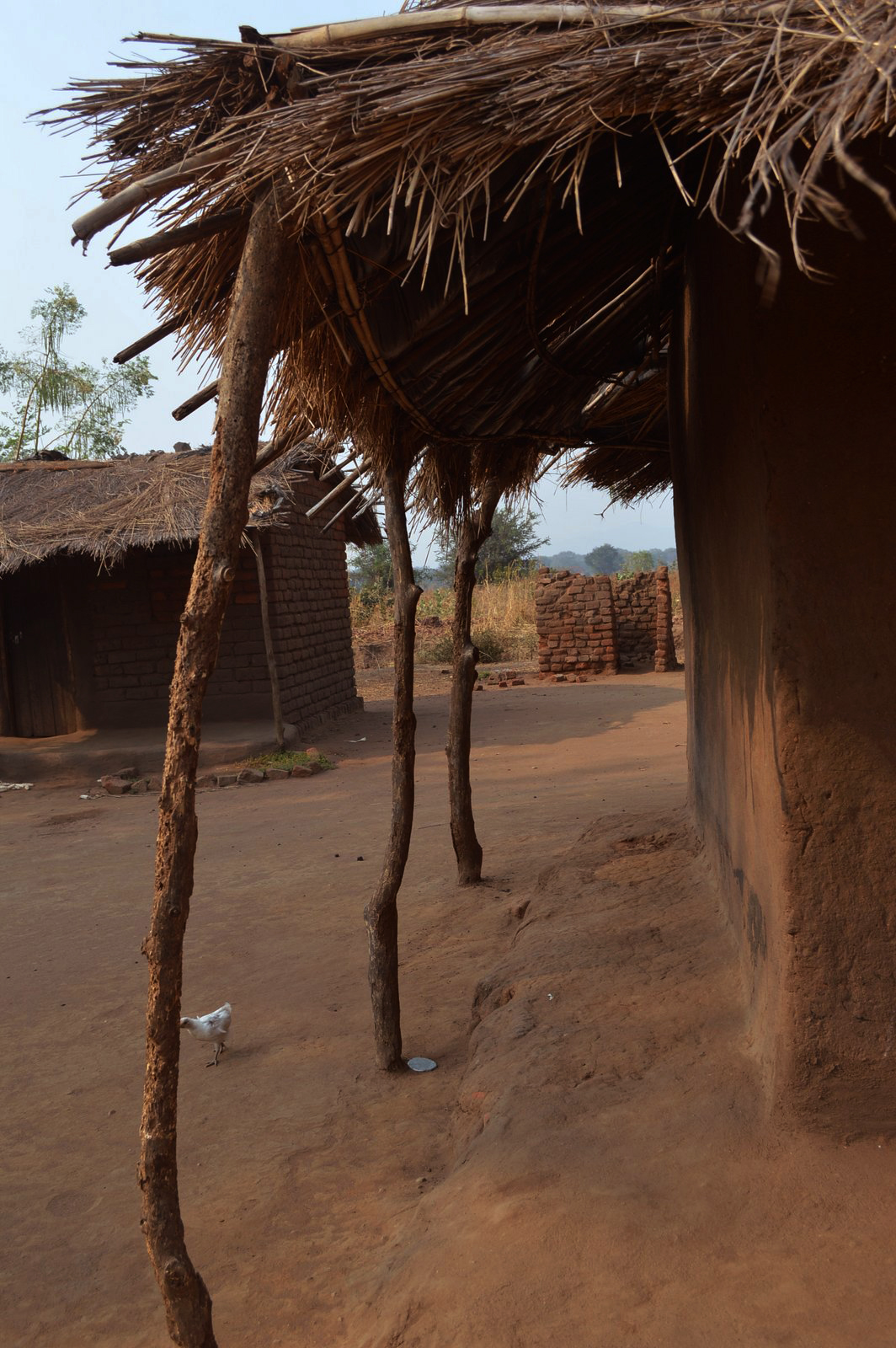 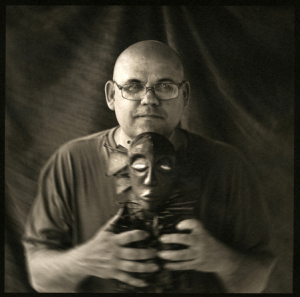