Q&A with Jill Hogan, a pioneer of natural building in South Africa

In the first of our series of Q&As with pioneers of natural and sustainable building in South Africa and beyond, we caught up with Jill Hogan in honour of Women’s day in South Africa.

How did you first get involved in natural building? 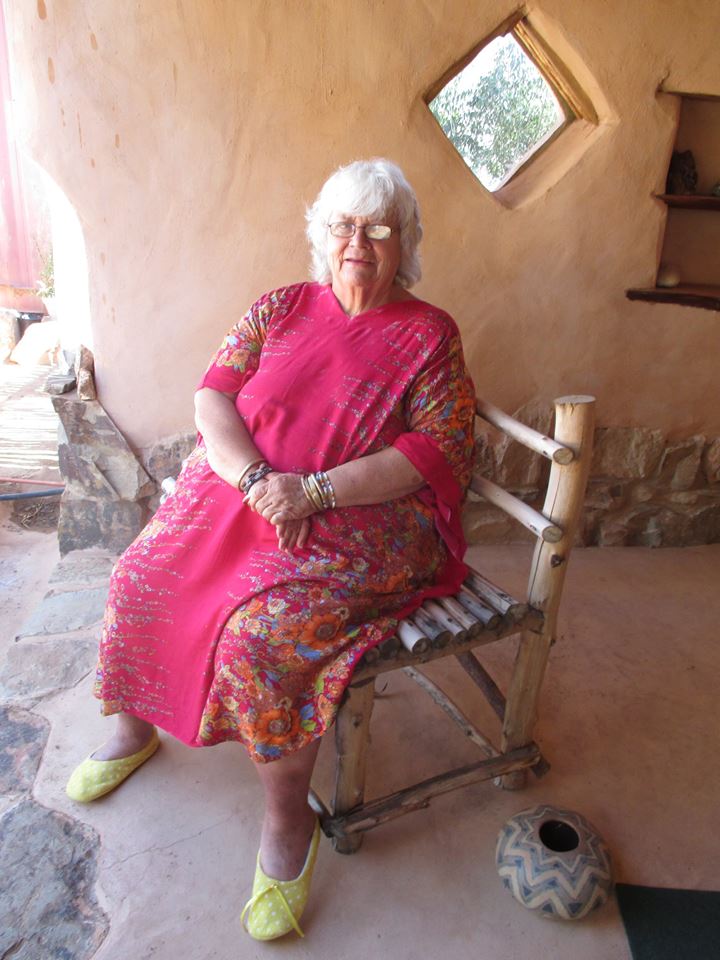 In the early 90’s my life changed completely and I found my self alone. In wanting to be part of a community, I met Hurta Stuurman and did some work with her on her cob house at Hermanus/Stanford and knew that this is what I wanted to do. It combined my concept of Permaculture with creating an organic home for myself, while allowing me to use my knowledge of earth/clay.

Tell us about your journey.

In the 70’s I worked for a nursery. I had a pot plant business, but was exposed to organic veggie gardening and became more and  more interested. At the same time, I started doing pottery and assisted in teach children with learning disabilities now known as ADHD, and so was exposed to lateral thinking.

In the 80’s I went back to “school” and did a fine arts majoring in ceramics.

In 1992 I was introduced to Permaculture and did the design course with John Wilson from Fambidanzia, at Tlholego in Rustenberg, and I developed a true passion for sustainable development.

Someone was setting up an Eco Village in McGregor and I was drawn to become one of the original developers. But personality clashes among the original six members caused the project to collapse, sending me into McGregor itself where I bought a piece of land in the town.

I decided that I would build my own house in the town and with the support of the local building inspector, who knew about cob building, I started digging the foundations myself, with a pick and shovel. 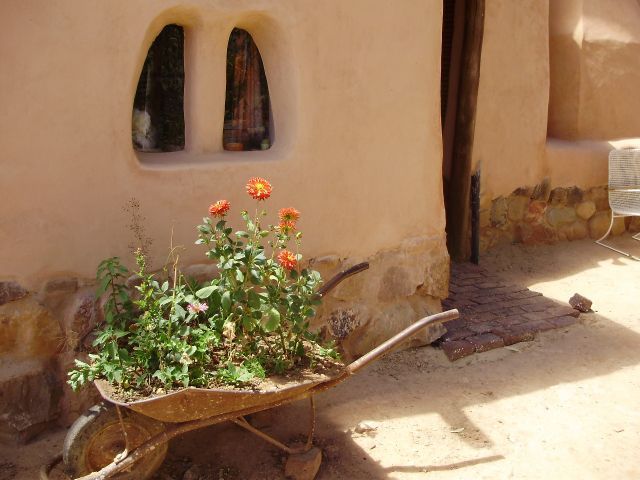 The study window at Cobbits cottage.

What were your highlights and low moments?

The highlights of the whole process of building my house was one of happiness. I loved the creativity, starting work before sunrise every morning. It was the most wonderful feeling of freedom, knowing that I could build my own shelter. My knowledge from my years of pottery opened many doors and more and more people came wanting to be taught. So we start doing monthly workshops, and from these I think I learned more than I sometimes felt I was giving. 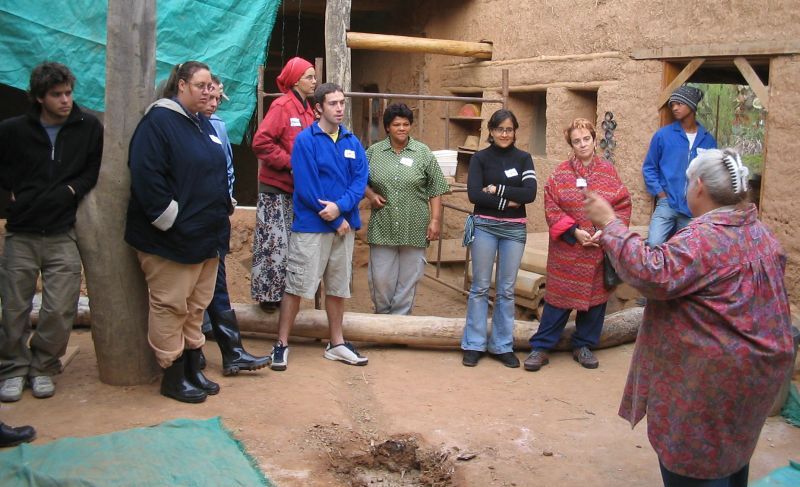 The workshops led to us starting to run Cob Convergences, with great speakers and running various workshops at the same time. I was fortunate in that people from all over the world attended and of course my learning grew.

Another highlight, was being made an honorary member of CAT or Centre of Alternative Technology in Wales.

I didn’t have many low moments, there was never a moment that I felt why did I start this. I literally enjoyed the building and the challenges.

What are some of the challenges you have faced?

My greatest challenge always was money. But, I believe that your challenges should always be turned around to good. I started going to the UK to work for three months at a time to bring back money and build for the next three months. I did this for four years but in that four years I met my mentor, a Mr Howard in Devon. He had been doing cob building for National Heritage and for years mentored me. I also was exposed to various forms of building, cob, wattle and daub, which I love and various other projects. I became an honorary member of CAT and read papers there which also led me to Findhorn and different sustainable building projects and so my lack of finance become an asset for me.

What was your experience as female natural builder?

I have never thought of myself as a female natural builder, I am just a woman creating her own home and having a lot of fun doing it.

What do you enjoy about natural building?

Natural building works with nature rather than against it. Our most primary need is our shelter, but today with present building practices this is made into a nightmare – from the polluting manufacturing process, unreal cost, and having everything bought from the hardware store. 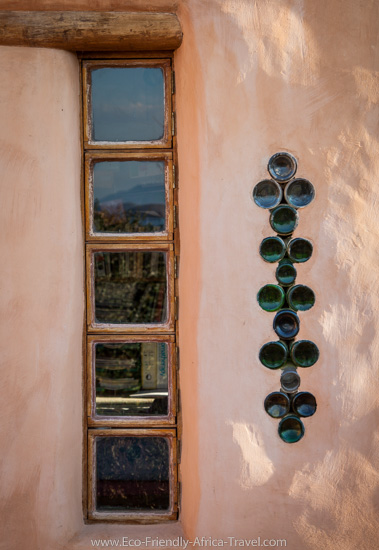 A window in a cob wall alongside a patterned glass bottles.

You seem to favour cob, why?

With my background of nursery work, permaculture and pottery, what other way could I go. Also I love the softness of cob, it embraces you.

What are some of the projects you’ve worked on that are most memorable and why?

Most memorable for me are the restorations on Ou Plaas at Vanwyksdorp and Doornboom in Heidleberg. Doornboom is the oldest house in the Southern Cape and was an incredible project. And then the building of Little Cottage which we did in 121 days to show that cob building can be quick and done with laughter. 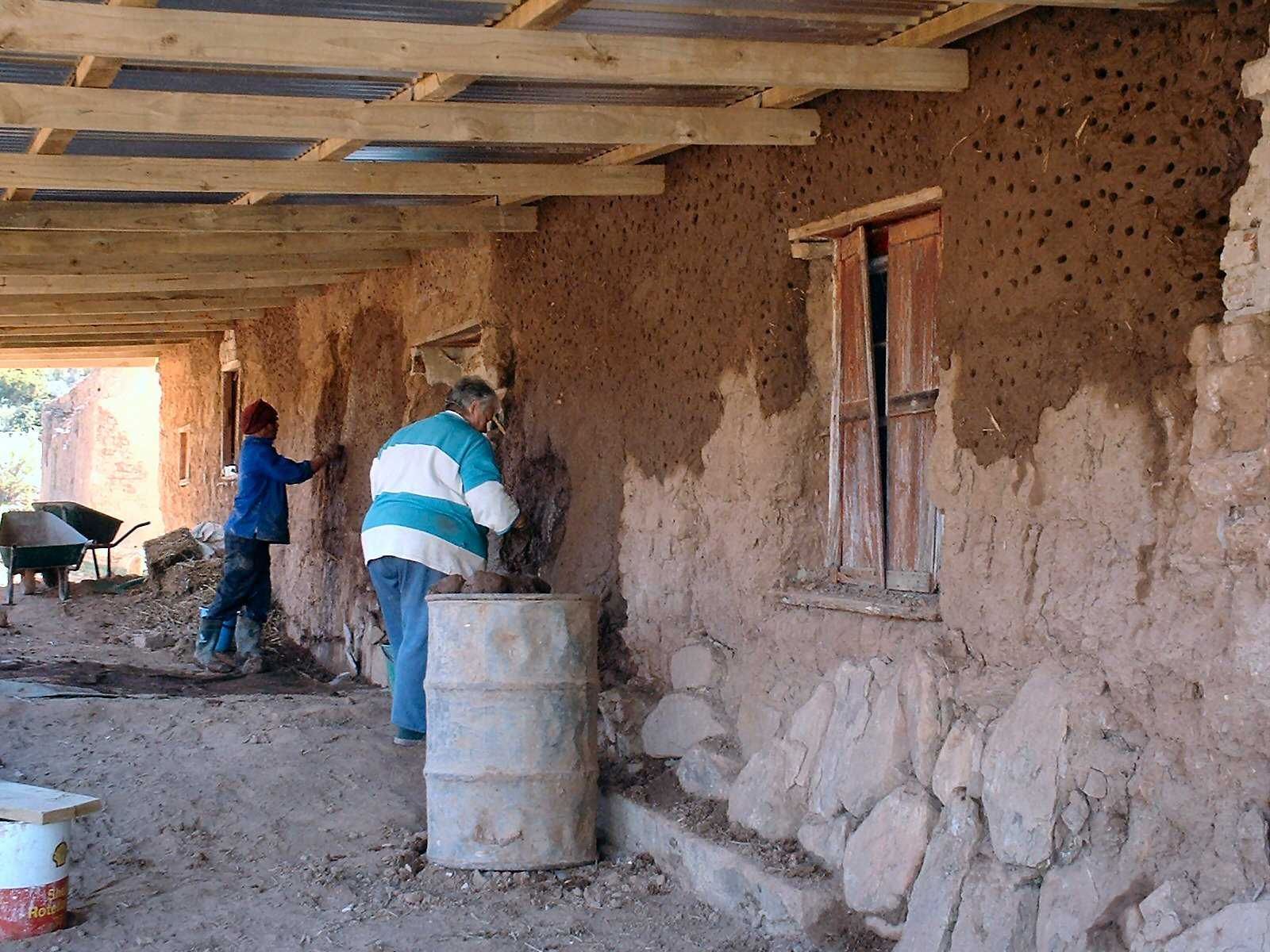 What is your approach to building?

To build in the most environmentally friendly way possible. We do not have an option any more.

Do you think of yourself as having a particular style?

I think I am a pain in the butt purist

What are your thoughts on the natural building scene of South Africa?

I love what is being done in South Africa! May it continue growing.

Natural building seems to be experiencing a revival and a lot of women are also getting involved. Do you have any advice?

Women have built houses for centuries, so don’t stop. If it makes your heart sing go out and do it, and the doors will open in unbelievable ways. Go and have fun… Put your head down and get your project done and then you can become as feminine as you want. The greatest compliment I was paid was when a friend said I had done the most incredibly male project in the most feminine way. Thank you Henry….

A lot of our readers are owner-builders. What advice would you give them about building with natural materials in South Africa?

Fight for the right to be able to be planet friendly; we don’t have a choice any more. But also it is stress free and the happiest house, so those feelings are built into the walls that will surround you for the rest of your stay in that house. 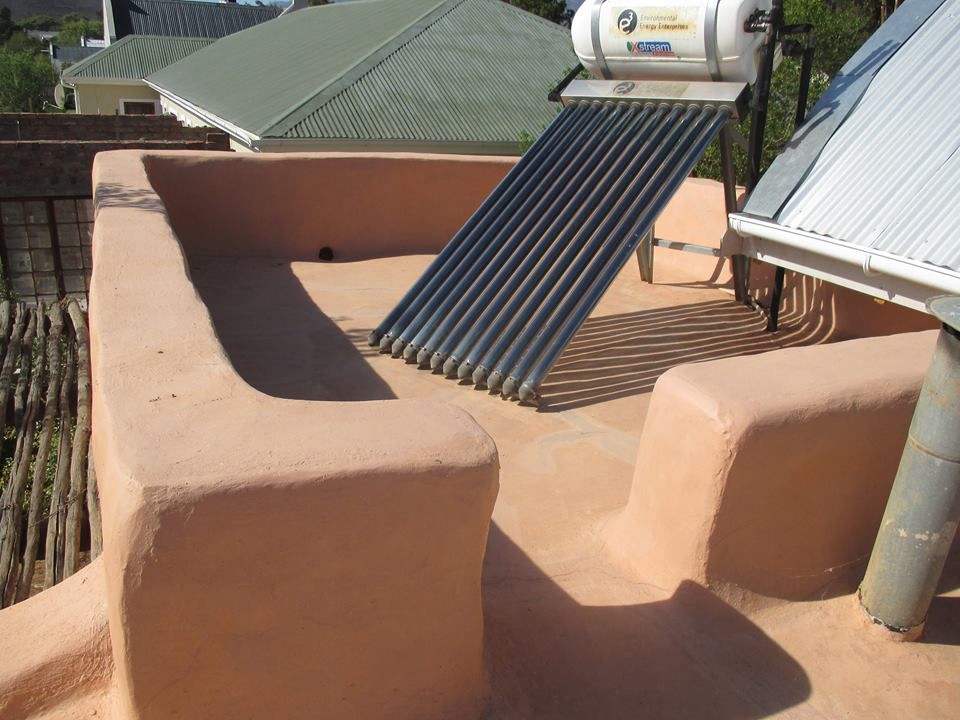 What do you think are the elements of good natural architecture?

That we can be ourselves and build what we love.

What are some of the challenges facing natural builders/ings in South Africa?

Red Tape…..how to get the building departments on board with us.

Remember Natural building isn’t just the building with natural materials, it is looking at what happens with water, sewerage (compost toilets) off the grid, passive solar, and your food forest. It all goes hand-in-hand. 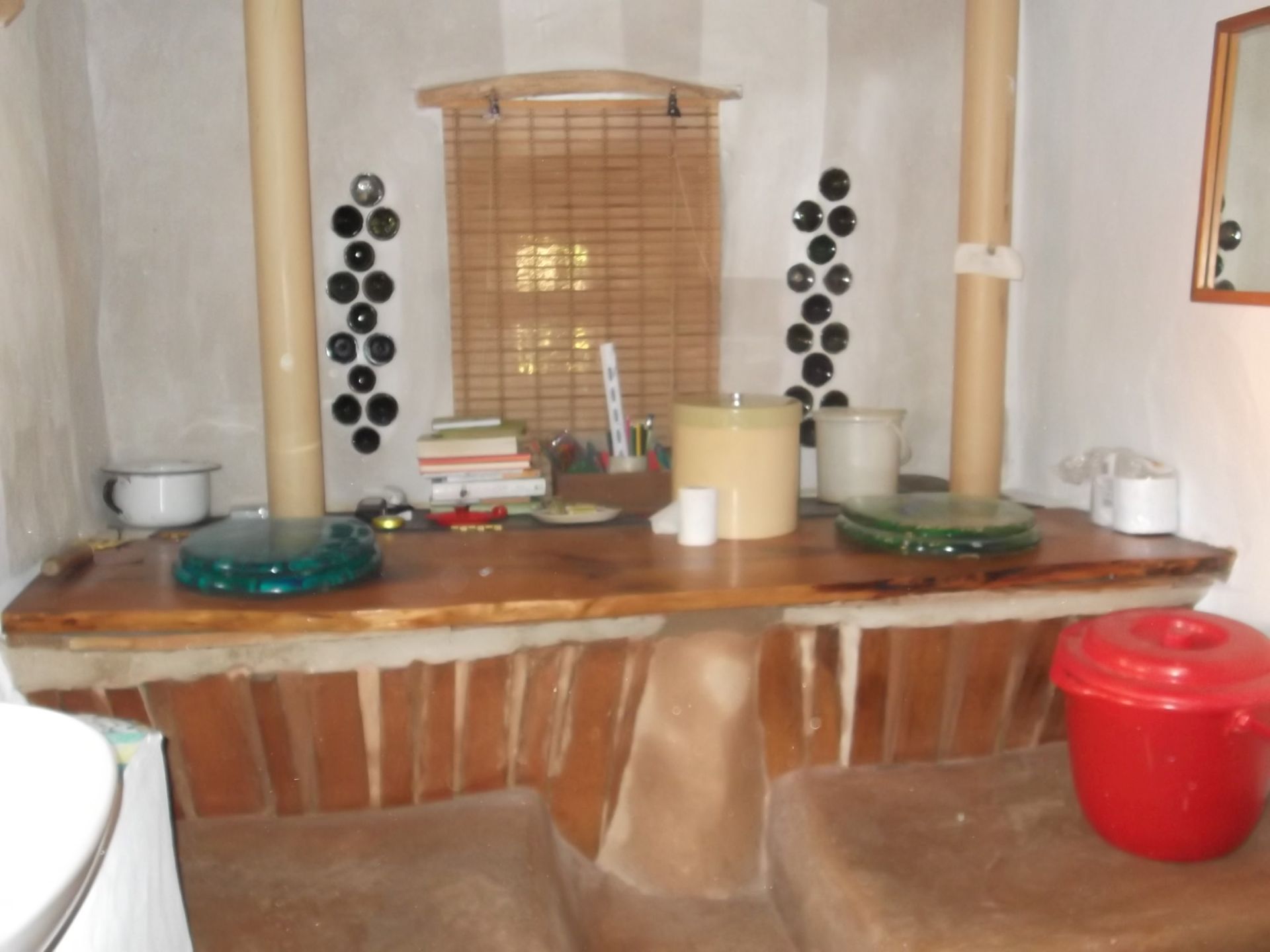 The compost toilet at Cobbits cottage.

To learn more about Jill Hogan and her work, visit her website: http://www.mat.org.za/